Crystal Quest Commercial Turbidity Removal Filtration Systems are designed and manufactured for outstanding service and are ideal for treating a variety of different water problems. Utilizing the best filtration media and components, our systems outperform and outlast the competition. 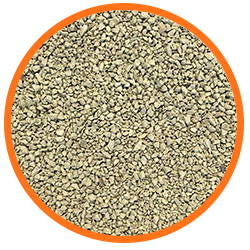 Turbidity (haze or cloudiness of water) is caused by the presence of suspended solids that interfere with the clarity of the water. These impunities may include clay, silt, finely divided inorganic and organic matter, soluble colored organic compounds and plankton and other microscopic organisms. Typical sources of turbidity in commercial applications include soil erosion, waste discharges, runoff from watersheds, decaying plants and animals, algae or aquatic weeds and products of their breakdown in water reservoirs, rivers or lakes. High iron concentration, which gives water a rust-red coloration (mainly in ground water and ground water under the direct influence of surface water), is a source as well. Turbidity has no health effects, but can interfere with disinfection and provide a medium for microbial growth. Excessive turbidity in drinking water is aesthetically unappealing, and may also represent a health concern.

Turbidity filters, also known as depth filters, contain two or more types of media and a gravel under-bedding. The gravel is used as a support to keep smaller medias out of the distribution system and to stop channeling of water.

Crystal Quest® Commercial Turbidity systems are designed for the removal of turbidity in the water caused by sand, silt, ferric iron, oxidized manganese or sulfur. They are used in applications such as chlorination filtration systems, general turbidity removal and prior to ultraviolet sterilizers or water softeners.