Crystal Quest Commercial Arsenic Removal Filtration Systems are designed and manufactured for outstanding service and are ideal for treating a variety of different water problems. Utilizing the best filtration media and components, our systems outperform and outlast the competition. 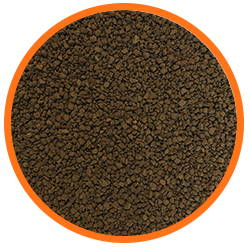 Utilizes a strongly basic hybrid anion exchange resin specially formulated to selectively remove arsenic. The performance is virtually unaffected by common anions, such as chlorides, bicarbonates or sulfates. It is effective over the entire pH range of potable water.

The Origin of Arsenic

Arsenic (As) is an element that occurs in the earth's crust. Accordingly, there are natural sources of exposure. These include weathering of rocks and erosion depositing arsenic in water bodies and uptake of the metal by animals and plants. Consumption of food and water are the major sources of arsenic exposure for the majority of the population. People may also be exposed from industrial sources since arsenic is used in semi-conductor manufacturing, petroleum refining, wood preservatives, animal feed additives, and herbicides.

Arsenic can combine with other elements to form inorganic and organic arsenicals. In general, inorganic derivatives are regarded as more toxic than the organic forms. While food contains both inorganic and organic arsenicals, mainly inorganic forms are present in water. Exposure to arsenic at high levels poses serious health effects, since it is a known human carcinogen. In addition, it has been reported to affect the vascular system in humans and has been associated with the development of diabetes. Arsenic is poisonous in doses significantly larger than 65 mg (1 grain), and the poisoning can arise from a single large dose, or from repeated small doses, as, for example, inhalation of arsenical gases or dust.

The previous arsenic standard of 50 parts per billion (ppb) was originally set by the EPA in 1975, based on a Public Health Service standard originally established in 1942. In the mid-1990s, the medical community began to question the health and safety effects of an arsenic limit of 50 ppb. The World Health Organization had set their arsenic limit at 10 ppb which was one of the only contaminate limits that was lower than the U.S. EPA’s standard. In March of 1999, the National Academy of Sciences released a report concluding that “the current standard does not achieve EPA's goal of protecting public health and should be lowered as soon as possible.” The report was based on extensive clinical studies in Germany, Japan, Taiwan, Bangladesh, Argentina, Mexico, and Chile.

The EPA considered lowering the arsenic limit from 50 ppb to as low as 3 ppb. The new arsenic limit was released at 10 ppb in January of 2001, and was one of the last official acts of the Clinton Administration. In March of 2001, the Bush Administration suspended the new arsenic rule pending further consideration. The Bush administration felt that additional scientific data was needed to justify the large cost of compliance. While the rule was under further consideration, more health effects data was compiled, which suggested that the 10 ppb limit for arsenic may not be strict enough. In October of 2001, the rule was released at 10 ppb which is the current level for the arsenic contaminant.