Crystal Quest Commercial Iron, Manganese, and Hydrogen Sulfide Removal Filtration Systems are designed and manufactured for outstanding service and are ideal for treating a variety of different water problems. Utilizing the best filtration media and components, our systems outperform and outlast the competition. 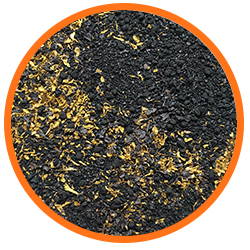 Iron (Fe) and Manganese (Mn) are metallic elements present in many types of rock. Most groundwater contains some iron and manganese which naturally leaches from rocks and soils. Excess amounts in drinking water can cause discolored water, bad bitter tastes and rust flakes in the water, as well as rusty-brown stains or black specks on fixtures and laundry. Excess amounts may also affect the taste of beverages and can build up deposits in pipes, heaters or pressure tanks. Hydrogen Sulfide (H2S), which causes "rotten egg" odor, can also be released from the soil by the same conditions (low dissolved oxygen and low pH) that cause iron and manganese to dissolve in water. Hydrogen Sulfide is frequently found in water with excessive iron and manganese.

How Our Systems Work

Crystal Quest® Commercial Iron, Manganese and Hydrogen Sulfide systems contain naturally mined ore of magnesium dioxide, which has been used in water treatment for more than 75 years for iron, manganese and hydrogen sulfide reduction. It functions as a catalyst, but itself remains relatively unchanged. It works on a principle whereby the iron, manganese and hydrogen sulfide are oxidized and trapped on the media. Simple backwashing cleans the filter. No regeneration is required. Nothing is imparted into the drinking water and it has a high capacity for low contaminant concentrations. It can also be used in conjunction with aeration, chlorination, ozone or other pretreatment methods for difficult applications. Chlorine or other oxidants accelerate the catalytic reaction.